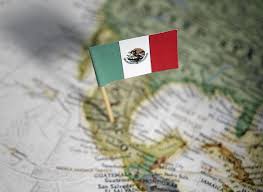 How much do you know about Mexico?


You may think that because Mexico is our closest southern neighbor, there aren’t many mysteries left for us to discover. We bet at least of couple of these quiz questions will make you think again! Keep on reading to see if you are surprised by some of these facts about Mexico…

How many different languages are spoken in Mexico?

What type of landscape was Mexico City built on?

Mexico City was built on a lake! In fact, the lakes over which Mexico City is built are called cenotes. Aztecs chose this place as a sacred location for building The Great Tenochtitlan, their capital city. Later, the Spaniards decided to build their city on top of the Aztec constructions giving birth to a new city, aNew Spain which later became Mexico City.

The Texcoco Lake is nearly dry nowadays, however; some of the city buildings remind of the Leaning Tower of Pisa for the capital city underground is muddy and is constantly sinking. It sinks around 12 cm per year, more than the Italian City of Venice which sinks around 2mm annually.

Mexico has the largest:

If you asked most people where the largest pyramid on Earth is located, 99% would likely say Egypt. However, the largest pyramid (by volume; not height) is the Great Pyramid of Cholula in Cholula, Mexico. Incredibly, this massive pyramid is mostly buried underground!

Roughly 65 million years ago, an enormous asteroid hit Mexico, which resulted in the extinction of dinosaurs.

More specifically, the direct hit was in the town now known as Chicxulub (pronounced chee-chee-lube), a Yucatan beach town on the Gulf of Mexico. Employees from Mexico’s state oil company, PEMEX, discovered the large crater in 1981 while they were drilling an oil well. This massive crater is 1,950-square-feet (180m²) wide, though located underground, so visitors can’t tour it.

Which of these was invented by a Mexican?

Both A and D are correct!

Guillermo Gonzalez Camarena is the inventor of color television and was born in the Mexican city of Guadalajara, Jalisco. In 1940, the then 23-year-old requested a patent for the first color image transmission system, which was later on used in the Voyager 1 spacecraft.

Alejandro Alagón, Mexican scientific specialized in biotechnology, developed a scorpion antivenom in 1994 that has been used in the pharmaceutical industry and hospitals since. In 2011 United States approved its commercialization. Nowadays Alejandro is developing more antivenoms of other species such as corals, spiders and snakes, with the aiming of exporting them to Australia and African countries.

To learn so much more about Mexico and her history, culture, geopolitical landscape and more, register for Dr. Nicolas Shumway‘s class:
Mexico
Tuesdays, 6 weeks, October 11 – November 15 | 10:00 AM – 12:00 PM
$180 | In-person and Simulcast via Zoom